Top
You are here: Home / Stepmom / Protecting your Stepchildren from their own Beliefs

By: Amanda from The Winding Willows

“Grammy, Mom said she hates you.” Those words struck my heart. At 6-years-old, my stepdaughter knew that her mom hated her grandmother, my husband’s mother, and worried about the impact of that relationship on her mom’s happiness.

The evidence of this loyalty bind was abundant when we would spend the day with Grammy. Their nightly phone calls to their mom would pointedly leave out any mention of their grandmother when discussing the day.  It was as if she didn’t exist.

Sadly, this is just one example amongst the dozens we have witnessed of them protecting their mom through extreme abbreviation of their lives and what they were willing to share. As I’m sure you can imagine, my name was included in the list of topics deemed unacceptable to talk about.

Protecting your Stepchildren from their own Beliefs

The first few years after the divorce were full of tension with the children trying to protect their parents’ feelings. We were helpless, wanting so badly to fix a situation they didn’t create.

It goes without saying that the behavior was problematic in so many ways. It introduced stress into every day knowing they were editing their lives, at best, and lying about their day, at worst. We were frustrated knowing they were learning habits at 4, 6, and 8 that would impact the way we interacted with them as teenagers and adults.

I had only ever seen pictures of them before the divorce. But I could see that they were happier and more carefree than the kids I had come to love. It has been 6 years since I met them and the glimpses of the happy-go-lucky kids are now more common than not.

As their parents, we knew we wanted the kids to feel confident and comfortable discussing anything with any parent (birth or step), regardless of topic.  We were scrupulous in not saying anything negative about their mother.  Despite that, you could physically watch the worry on their face as they tried to navigate a conversation about what they did on any given day.

In those days, we mostly parallel parented on any issue not related to health or school.  There was no way this was a topic we could discuss with their mom.

But we knew that something needed to change, and it needed to be something we had the ability to control.

We were intentional in what we communicated

The first change we made was starting the process of being intentional in what and how we communicated with the kids. What we communicate with our kids now does not happen by accident. Informally, my husband and I discuss what is important for the kids to know and how we are going to get that message across.

More times than I can count, we’ve said, “We want to hear everything you did today. Even if you think it will hurt our feelings.”  This was on loop, daily, for months. We acted it out in our every action.

It took longer than I’d like to admit, but they eventually grew sick of us telling them we wanted to hear about everything. They were able to believe Dad was going to be happy, no matter what they said. Slowly we became privy to the part of their lives they shared with their mom.  It was a huge victory!

We were open in our communication

We backed up the statements about not making Dad upset by asking about their mom and how she was doing. It certainly wasn’t to be nosy. They needed to know they could talk about this part of their lives with us.

We asked about their cousins and their aunts. Dad told them stories about life before the divorce. There was no topic about their lives, their mom, or their dad that was off-limits.

I encouraged this by showing them through action and word that talking about their mom did not bother me. It made me happy to know about 100% of their lives instead of just the 50% I got to share with them as their stepmom.

We continue to reinforce our efforts

Arguably, this is the most important part. We continue our daily efforts to be open with them and open to discussing all parts of their lives.

It has become more difficult as they’ve reached their pre-teen/teen years. They are more capable of understanding what happened and are more sensitive about it, in some ways.

To this day, though, they know that we want to hear about it. The good, the bad, and the ugly. We ask the hard questions and we probe the uncomfortable topics. We gently let them know they don’t have to hide themselves from us.

Without a doubt, our efforts have paid off. There are open and honest conversation between us, them, and their mom. We hope it will continue to pay off as we start our journey into the delicate teenage years.

I know we’ll have to make adjustments. At some point we may hear the old faithful “You’re not my mom.” But thanks to the groundwork we’ve already laid, I think our stepfamily is fully capable of handling anything that life throws our way. 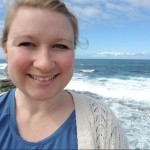 About The Winding Willows

Amanda is a stepmom of one teenage boy and two pre-teen girls. Her time is spent working to beat the ‘evil stepmom’ rap. She loves sharing her experiences and supporting other stepmoms on her blog, TheWindingWillows.com. She is an ardent lover of starting and encouraging family traditions, her newfoundland rescue mutt Gus, and cozy winters.