Are your children learning consequences? Do they accept responsibility for their actions?

In today’s society, (or today’s America, at least) it’s common for a parent to come to their children’s “rescue” by throwing what I like to call – a Mama Bear fit.

And no, I’m not talking about voicing your strong opinions when your child is genuinely mistreated.

The “mama bear” fits I’m referring to are the tantrums parents throw when they feel their child was “wrongly punished” without getting all the facts first. Their goal is to essentially bail their children out of problems.

The Issue with Bailing out Kids

The issue with these fits are that they reinforce bad behavior. There are a surprising number of parents who believe their child is… well, a “golden child.” They believe their kids can’t possibly be in the wrong, are always innocent, or for whatever reason don’t deserve to be in trouble.

In fact, in a recent study of American families, 96% said their children were well-behaved (source). Interesting that with so many kids who act up, only 4% of parents admit to their children’s misbehavior. Do they not see it, or do they just not care?

And then there are parents who feel like protecting their kids when they get in trouble is just part of their job.

Regardless of reason, many parents like to blow their top at school and faculty, at amusement park attendants, even at police authorities, thinking they’re just being a “good parent”.

While a parent is suppose to protect their child when needed, they’re also suppose to teach them right from wrong. This includes letting them learn lessons when they make mistakes instead of bailing them out of their problems.

Do you know what constantly bailing your child out does to them? Do you understand what demanding special treatment teaches?

It teaches them, through reinforced behavior (and learning from their parent’s example) that throwing a fit and becoming hostile will actually get them what they want.

It also shows them that no matter what rule (or law) they break, mommy or daddy will come to their rescue.

That consequences for their actions don’t apply to them.

These kids are missing out on life lessons that are detrimental to their success in life!

A perfect example of these types of mama-bear fits occasionally happen when a child acts up at school. Say they’re disrespectful, insubordinate, or even downright unruly, and are consequently suspended (after many other warnings and trips to detention). In response, some moms (or dads) march right up to the school and demand in not-so-nice words that their child be let back in class.

Or what about the parents who yell at teachers and principals when their child gets anything lower than an “A”? The grade often gets changed even if the “C” on their report card was well-deserved.

Another example is when a child breaks the law. A friend of mine, along with some buddies, spray painted and defaced school property. They were found out and rounded up by police. My friend’s mom, however, convinced authorities to refrain from punishing him, even though he was old enough to know better.

A couple weeks ago while at Jurassic Quest with our oldest daughter K, James and I watched a father throw a massive fit when an employee refused to let his kids ride a ride they just weren’t tall enough for. Did he realize he was teaching his children that rules shouldn’t apply to them? Maybe not, but that’s the exact message he was sending.

In all of the above examples, none of the parents took the time to use consequences as a learning tool. In fact, in none of these examples did the parents make it a point to talk to their child about how what they did was wrong, how to make better decisions, or how to put forth more effort to reap the rewards they wanted.

They were, however, teaching their children to believe that rules and consequences shouldn’t apply to them.

Teachers and school faculty know all too well how demanding a controlling parent can be when their child gets in trouble at school, or gets a less-than-ideal grade. Some moms and dads are much too quick to become defensive and demand their child receive special treatment, even if their child was in the wrong. (If you’re needing help staying respectful when speaking with a teacher, read this article written by a retired teacher.)

Are we really wanting our children to believe troubles as an adult will get resolved with a simple phone call to mama?

Want an “A”? You don’t have to earn it, just yell until you get a teacher to change it. Don’t want to go to jail? Have parents with money throw a fit and get out of it. There’s no need for negative consequences!

Does anyone remember Brock Turner who raped an unconscious girl behind a dumpster? And how his parents came to his rescue? They were his advocates, begging the judge to not let their son’s bad decision severely impact his future.

How it’s Hurting your Child

I’m sure Turner’s parents meant well when they came to his aid. But when their influence caused a potential minimum 14 year prison sentence to reduce to 6 months of jail time (he later was released after only 3 months), they helped teach their son that normal consequences do not apply to him (source).

They taught him that his parents will always get him out of trouble, no matter how badly he messes up.

That money and social class can bail you out of almost any situation, so who cares about learning your lesson?

Coming to your child’s aid in every situation, regardless of whether your child was in the wrong,  is cautionary. Coming to their aid for the purpose of getting them special treatment instead of allowing them to learn a lesson, is just plain irresponsible. Let them learn their lesson! More often than not, children who are bailed out of their problems tend to make the same or similar mistakes again and again. A child forced to face the music will think twice before repeating those behaviors (source).

Please don’t make the same mistakes these parents have.

What to do instead

It’s our jobs, as parents, to hold our children accountable. We can use their bad decisions as a teaching tool and teach our kids to accept consequences, to make better decisions, and to be better people. You can read all about the benefits of natural consequences, here.

When I was in high school, I got in trouble with the law for something I found extremely trivial. We were shooting fireworks during a burn ban. My friends were doing it, heck even some of their parents were with us! But when the fire marshal pulled up angry as a hornet for missing a family barbeque because he had to scold a bunch of stupid kids, the adults took off and a handful of us were suddenly left to face the music.

But did my dad throw a fit to police when I was given a $500 ticket? If he had been any of these other parents, he probably would have. But no, my father wasn’t that kind of guy. He made me face the consequences.

I chose community service over the fine, and was a better person for it.

I don’t know about you, but being a parent myself has really opened my eyes to the value of accepting responsibility.

I’d rather teach my daughters to earn the “A” in class instead of having it handed to them. They’ll learn to pride themselves on a job well-done.

If I have a son who chooses to rape a young woman, he can accept the consequences for that mistake and never do so again. I’m not bailing him out!

And if any of my kids fail to read the rules when waiting in line for a ride and aren’t allowed to get on it, that’s their fault not the ride attendant’s.

As contributing members of society, we should want to improve it. We want to raise our children to make better decisions. To work hard and earn their rewards. To learn from their mistakes so they don’t make them again. 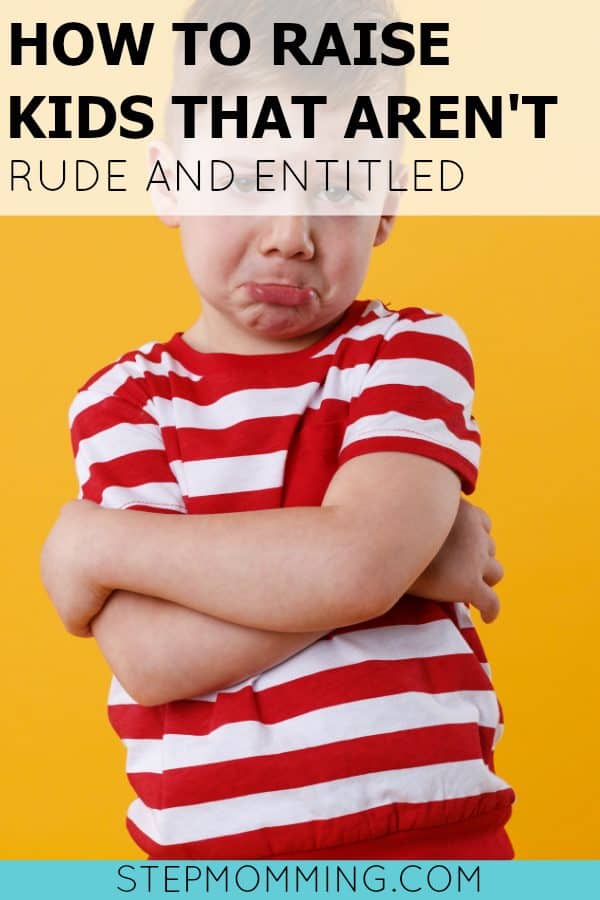 I didn’t write this post just to give parents a hard time or to tell mamas they shouldn’t stick up for their kids.

I wrote it because here at Kandy Apple Mama, we support raising children in the way they should go. Allowing kids to face consequences and accept responsibility for their actions is a part of that! We can change the world a little at a time by being better parents, looking at situations objectively, and expecting more from our children. They are more capable than you know. 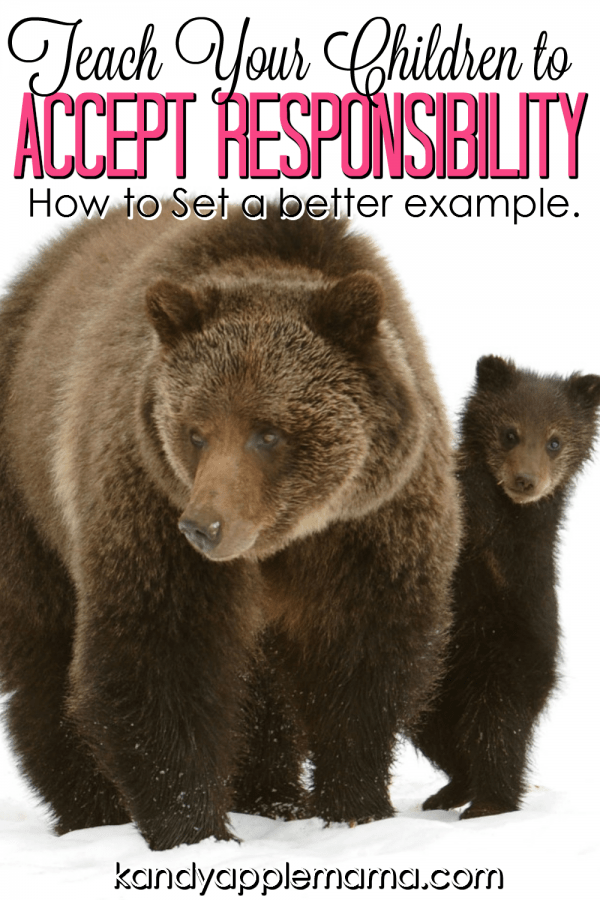 Mom - Wife - Creative
Amanda lives a work-from-home life, loves finding ways to be create, and surrounds herself with as much positive energy as possible.