I can’t tell you how many times I’ve agreed to something, only to have a private emotional breakdown about it later.

I wish I could say I’ve never lied about how late I’m working in order to have a “good enough” excuse for not accommodating a last-second need from my stepchild’s mom. I try not to think about all the times I’ve snapped and dumped an entire gallon of bottled resentment all over my blindsided husband.

I had trouble enforcing boundaries—and the people I love most (including myself!) were always the ones to pay for it, while the people whose opinions I should care about the least reaped the benefits. Yikes.

When I reflect on it, I find that my inability to enforce my own boundaries stemmed from two fears: a fear of creating tension/awkwardness, and a fear of inconveniencing other people.

Which is hilarious, because you know what letting people walk all over me was doing for me? Causing a lot of tension and inconvenience.

The Hardest Part of Setting Boundaries

After a few breakthroughs, multiple conversations with my husband about my own needs, and my newfound desire to be a better wife by being a more boundaried individual, I was able to combat the issue and find more peace. But the hardest part of doing so?

It wasn’t the part where I determined what my boundaries were. They had been trampled enough times—by my stepchild’s mom, my extended family members, and even by my own husband—that it was pretty easy to figure that part out. Setting boundaries and priorities was as easy as a quick journal entry.

It also wasn’t any of the preemptive communicating involved, such as asking my spouse to stop assuming I could drive my stepdaughter to and from her extracurriculars.

I simply expressed (kindly) that I felt it unfair that he just decided something should be my problem before bothering to make it his problem as the parent first.

His flexible work schedule meant that 9 times out of 10, he could be the one to get her to gymnastics. And I assured him that anytime he couldn’t make it work, I was there to help.

The conversation ended positively, my resentment level fell from 100 to 0, and my better attitude benefited the whole family. Easy.

No, it was the enforcing part that stopped me dead in my tracks. I was so bad at saying “no” that I still had an unopened eye shadow bundle in my makeup drawer that had been there for years, from a time I was talked into “modeling” for a “makeup party” and then put on the spot to buy an eye shadow and mascara kit.

I put my poor college kid checking account into the red to buy that stupid thing, and with the overdraft fee, it cost me double. I don’t even wear eye shadow. I felt used and resentful, so I’ve avoided that “friend” ever since. She probably has no idea what happened.

You’re Allowed to say “No.”

I was so afraid of creating an awkward moment (“What if she is offended that I won’t buy anything after she just spent an hour doing my makeup?”) or inconveniencing her (“She probably has so much of this stuff to sell! I need to help her get rid of it!”) that my own boundaries and the long-term consequences were the least of my concerns.

So I said “yes,” despite my boundaries silently screaming, “NO, NO, NO!”

This happened often. Sometimes, I would say “yes” (“Sure, co-parent, it’s okay for your poor planning to completely inconvenience me! I’ll just bring your child to work with me again and hope my boss doesn’t decide this is the last straw. Of course I will!”).

Or at best, I’d say “no,” but offer a lengthy, sometimes half-true excuse to try to avoid any backlash. It was exhausting—and unnecessary. And I know you do it too.

That’s why I’m here today to tell you, so you don’t have to waste any more time learning it yourself.

It is okay to say “no,” and you do not have to explain yourself.

Consider this your written permission to stop saying “yes” to things that harm your peace, and stop thinking you owe a justification every time you say “no.”

Do you need to snap, “I WILL NOT ALLOW THIS, YOU BOUNDARY STOMPER!” the next time your mother-in-law tries to get you to dish out gossip about your husband’s ex-wife? No. You can have boundaries, refuse to justify them with excuses, and still be graceful.

Here’s a tip: if you struggle to face the awkwardness of saying “no,” remember that “no” can still come with an apology, and it doesn’t always have to sound like “I won’t allow that” or “I don’t want to do that.”

You can absolutely say “Sorry, I can’t.” That is still an excuse-less no, and it is also true. You really can’t—because it conflicts with your personal boundaries, which are more important.

“I don’t think I can,” particularly to someone pushy or someone who was banking on you being able to solve a problem for them, means “just ask me again or guilt trip me and I will agree.” You cannot effectively protect your boundaries if your “no” answers leave room open for negotiation.

Give it a shot this week: The next time your gut tells you to say “no” to something, say it without an explanation. It is both terrifying and extremely liberating.

Gain confidence by starting with the kids.

Another tip for those who, like me, struggle with the awkwardness of saying “no”: Start with the kids.

So why did I spend years giving lengthy justifications to my stepdaughter every time I had to say “no” to her? Simple: To avoid awkwardness or tension… with a child.

“Can I have a sleepover tonight?”

“I don’t think so, kiddo. We have to get up pretty early tomorrow morning and you have reading minutes to do still and…”

And then I’d be flooded with resentment when my “no” was met with negotiation: “Well, we could set an alarm and have [friend’s] mom pick her up early! And I can hurry and do my reading right now! And…”

The resentment would, in turn, affect my relationship with my stepdaughter. Eventually, I expressed this frustration to my husband, who gave me a puzzled look and said, “…then why don’t you just say ‘no’?” Genius. So I started saying “no.”

“Can I have a sleepover?”

That’s it. She could pry and ask “Why?” as kids do, but eventually, she learned that the answer to “why?” is usually “because that’s what your dad and I decided.”

She’s welcome to ask for things. But she also has to accept that the answer is sometimes just “no.” Not “probably not, but keep trying to convince me,” just… “no.”

Trying it out with the kids is great practice because the same theory goes for the other people in your world. Others are allowed to ask things of you, but if they want something that oversteps your boundaries, the answer can just be “no.”

Say “no.” Take it for a test drive and see how it feels.

Stop worrying about others’ comfort, or the awkward moment, or inconveniencing someone else. Start prioritizing your mental health and personal priorities. Your family will thank the happier you later!

P.S. If you need to talk it out with someone, I’m here for you! Check out of stepmom coaching options. Let’s chat! 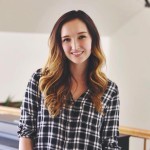