When I first read the Disengaging Essay, I thought disengaging sounded crazy. If I disengaged, wouldn’t that mean I was basically giving up? Not just on my stepdaughter, but on the idea that we’d ever feel like a “real” family? Forget that.

Still… constantly brainstorming ever more creative ways to connect with my stepdaughter hadn’t gotten us anywhere. If anything, our relationship was getting worse the harder I tried! So as a last-ditch effort (and against all my instincts), I decided to disengage.

I’m still floored when I remember how fast life at home improved after that. With hindsight, I can see that I’d let 4 main myths about disengaging stand in the way of me finally achieving stepmom peace.

While I certainly didn’t have an easy relationship with my stepdaughter, I always held out hope that things could improve between us. Yet based on what I read online, the way other stepmoms disengaged sounded like they were practically giving their stepkids the silent treatment. No way was I doing that, so I figured disengaging wasn’t for me.

Turns out, disengaging from your stepkid isn’t the same as ignoring them.

One of the reasons that stepkids resist a relationship with their stepmom is because they’re just plain not ready for that connection yet. (Which is totally normal, by the way—who knew!)

Giving your stepkids some space by stepping back sends the message that you acknowledge and respect their need to take things slowly. Once they feel understood instead of pressured, that defensive wall they’ve thrown up to block you out will gradually start to lower.

Myth #2: If I disengage, everything will fall apart

My husband and stepdaughter are both chronically disorganized, and they’re both also late for everything. So when we all moved in together, my husband Dan and I agreed it made the most sense to have me take on the role of organizer, communicator, and calendar-keeper.

I thought more structure would help minimize friction in our stepfamily. Instead, trying to keep everyone on track only made the tension worse. I felt like every other word out of my mouth was nagging, yet we still weren’t getting out the door on time!

I felt frustrated, disrespected, and unheard. I also felt completely stuck; me being in charge of everything seemed like the lone anchor preventing utter chaos from sweeping us away.

If I was being honest with myself, though, was all that work I was doing really making our days less chaotic? Dan was still always late. My stepdaughter was still always disorganized. And me trying to “fix” them was stressing all of us out.

I thought I was helping, but I was actually enabling. Disengaging helped me recognize that sometimes the best catalyst for change is simply for others to experience the natural consequences of their own actions or inactions.

Myth #3: Disengaging means you don’t get a vote in your own house

I understood that I needed to work on accepting the millions of aspects of stepfamily life that I couldn’t control. But was how we lived in our own home really one of them? Because it didn’t seem fair or right that I wasn’t allowed to speak up about that at least.

At the same time, I had to admit that blending our family meant compromise from everyone involved, including me.

A big part of disengaging is learning how to let go of our own preconceptions about how we thought life in a stepfamily was going to be. I had to learn how to find a happy medium in there someplace by making sure my own expectations were realistic when it came to living with a kid who hadn’t been raised the way I would’ve raised her.

The main reason I felt guilty about disengaging was because I thought being a good stepmom meant being super involved: helping with homework, planning family activities, jumping in wherever and however I could.

When none of this worked to win my stepdaughter over, I thought I must be doing something wrong, or else I just wasn’t trying hard enough. So, I threw myself even deeper into the stepmom role, majorly burning myself out in the process.

No matter how good our intentions, our stepkids don’t always interpret our actions the same way as we mean them. All the gestures I made that I thought would show my stepdaughter how much I cared, she saw as me coming on too strong, coming down on her, or not accepting her as she was.

I learned the hard way that parenting more wasn’t what made me a good stepmom. Recognizing what my stepdaughter wanted and needed from me and responding accordingly was what helped me become a better stepmom.

Even when what she wanted and needed was for me to back off a bit.

P.S. Not sure where to even begin? Jenni shares how she began to step back in her stepfamily. 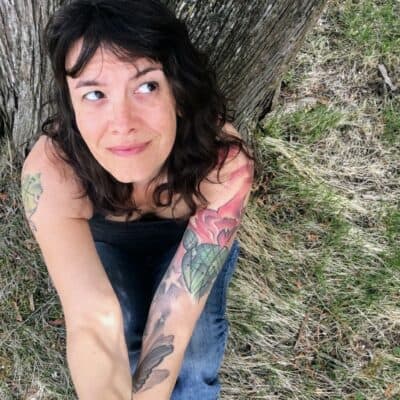