Top
You are here: Home / Family / Pregnancy & Baby / Why Being A Stepmom Makes Me Terrified of Having a Baby

If you’re like me, part of the reason you fell so deeply in love with your partner was that him or her was an amazing parent.

Seeing my now husband light up every time he talked about my stepdaughter before I met her always gave me butterflies, watching him take care of her at 10 months and now even 3 years old still revs up baby fever but that doesn’t mean I’m not terrified for when the day comes that I’m pregnant with a baby of our own.

Why Being a Stepmom Makes me Terrified of Having My Own

Obviously. That’s why I’m writing this to begin with. My husband and I have already had “baby talks” and each time he will say something like “Well, when (my stepdaughter’s mom) was pregnant….” or “When (my stepdaughter) was a baby….” and it drives me nuts.

Yes, this experience may be helpful from time to time, but it’s also intimidating. As if this won’t be special at all for him, I’ll have no idea what I’m doing and he will think I’m an idiot. And I know you are probably thinking “Oh relax, it won’t be like that” but that doesn’t take away the validity of my fear.

2. Will it change anything?

My stepdaughter loves babies. She cries when they leave after visiting, she wants to help out with anything and everything when they are around, she even loves singing Twinkle Twinkle to them when she thinks they want to sleep.

But that doesn’t mean she won’t get jealous when I accidentally call a baby “nugget” like I call her, when she isn’t the center of her daddy’s attention 24/7.

The other thing I’m scared of changing is the relationship I have with my stepdaughter’s mother. I hear many times that once a stepmom has a baby of her own their stepchild’s mother becomes cold toward her, there’s more arguments randomly, etc. It took the 3 of us a while to get to the co-parenting place that we are in, I would hate for something like a baby to ruin all that progress, not only for my husband but for my stepdaughter as well.

3. This child won’t have another home.

I 1000% admit some days I throw a little party when it’s time for my stepdaughter to go to her mom’s house. (Admit it, you get excited when your stepchild leaves sometimes too.) In my case, 3 year olds are exhausting. Mentally and physically exhausting. When I have a child, whether months old, 3 years old or 16, they aren’t going anywhere!

Not to mention, most of what I know about parenting comes from co-parenting and making sure it’s okay with the biological parents, it’s going to be a whirlwind of emotions when I realize I make most of the rules and decisions (with the help of my husband obviously).

Growing up, I had an older brother from my dad’s previous marriage. There are a handful of times where we were super close, but the majority of the time there was  something dividing us (our age gap is one of them).

Having a half sibling of my own is one of the reasons I told my husband I would not settle for just one child. When I was younger I never remember a Christmas with my brother because he was always at his mom’s. Of course I don’t expect to get my stepdaughter extra because her future sibling will live with us, but I also know firsthand that not having your sibling around on the holidays is always disappointing.

It’s hard sometimes being an only child and then sometimes having a sibling–not only for my future child, but also for my stepdaughter until her mom has another baby.

The other struggle of having a half sibling is balance. You don’t want to spoil your child and make your stepchild jealous, but you also know in the back of your mind that your stepchild will ALWAYS have more than your biological child. Two homes, two Christmas celebrations, some years two birthdays, for the most part two of every toy, two wardrobes… it’s a lot.

Then, you add in vacations; growing up, we went on a couple of vacations with my brother, but my parents never made it weird when we went on vacation without him. I imagine the challenge of finding balance of being a future family of three and sometimes a family of four will be far greater than my parents ever revealed it to be.

In the end, every pregnancy is filled with fear. None of these fears will ultimately stop me from trying to have a family of my own, but I think it’s important for stepmoms to be open about their fears when it comes to adding to their families. We just have to keep reminding ourselves how we got here, love.

Keep on being the best you.

Keep on doing what’s best for you and your family.

PS: If I don’t get a ginger baby I’m looking for a new husband.

PPS: Stepmom infertility can feel like salt in the wound. 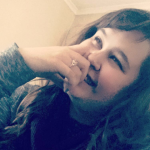 Emily is a Rhode Island raised daydreamer currently living in Massachusetts with her husband and stepdaughter. She believes that a good stepmom knows when to step up to the plate but also knows when to step back and take a minute to breathe. She’s passionate in helping all stepmoms find happy harmony between loving the life you didn’t know you signed up for and self love. When she is not managing our online community, she is a licensed massage therapist and going back to school to become an esthetician.