Top
You are here: Home / Stepmom / The Worst Mistakes a Stepmom can Make

The absolute worst mistake any stepmom can make is to simply put on a brave face and accept all that is being thrown at her, whether it is being bad-mouthed by the ex and her family or regularly disrespected by her stepchildren.

The second worst mistake is not speaking up and having her feelings heard, acknowledged, and, ultimately, resolved.

Stepmom, I hope this gives you some validation that the role and job you have in your family is amazing, but it is not a walk in the park and likely never will be.

I bet you thought this post would include mistakes like trying to buy a stepchild’s love with monetary gifts, bad-mouthing the other parent, and overstepping the boundaries in who disciplines a stepchild.

After 15 years as a stepmom, I want to turn these “worst mistakes a stepmom can make” on their head and instead adopt a proactive approach to head off any stepmom burnout that may end up building if you ignore your own needs.

A stepmom is often the invisible glue that holds the stepfamily dynamic together.

A stepmom says little. She does not want a medal. She does not want to replace the mom. But, like everyone, she wants some acknowledgment that she exists rather than being ignored by others and copping the often vitriolic tirades from the ex and other family.

Stepfamily life, even at its happiest, is still far more complex than most people could even begin to imagine.

Being a stepmom is not exactly on anyone’s bucket list. Nobody ever says I’d really love to be a stepmom one day, and likewise no stepchild dreams of having a stepmom either.

Stepmomming chooses you, rather than you choosing it.

Stepchildren and biological children in the same home cannot be parented in exactly the same way. There will be different ages, personalities, needs, and histories.

The majority of stepmoms are there because they have chosen to actually step up when others have found it easier to walk away. They have stepped up to make a positive difference in their stepchildren’s lives, because they want to.

Stepmoms are too often forgotten within the dynamics of modern families. Their role in helping to parent the children in their family is often overlooked.

They do not have the biological and legal recognitions that parents have, but they play such an important role that definitely deserves recognition and celebration.

They do not sign up for the emotional games, the bad-mouthing games, and, in the worst cases, the legal minefield that they are often subjected to.

They become a stepmom not realizing that establishing relationships with their stepchildren can sometimes take years and years rather than weeks or months.

The lid has well and truly been lifted on the importance of mental health, which is so needed, and never more so than in 2020 with the COVID-19 global pandemic.

But I wonder how many moms actually ever really think of the mental health of their child’s stepmom? I am hazarding a guess that it would be few.

It does not matter how many times someone says they have had an amicable split with their partner and they are now focused on co-parenting their child(ren). It is always “amicable” until one of them meets someone else.

Is it an innate human gut reaction of a mom who suddenly fears being replaced by the stepmom that often causes this jealous behaviour? I don’t know.

But what I do know is, most stepmoms do not want to replace their stepchild’s mom.

They respect their stepchild as an individual, and all they want is a workable relationship with the mom to achieve the best results possible for their stepfamily dynamic.

At the end of the day, parenting is not a competition. There is room for both stepparents and parents in a child’s life. Both parents and stepparents should be working together for the best results possible for the children involved.

One of my favorite sayings is “Everyone has to be rowing in the same direction.” It essentially means that if you are in a boat and one person is rowing forward while another is rowing backward, you are not going to get anywhere.

But if both people decide to get the job done and row in one direction, they will get to their destination quicker, while minimizing things that could go wrong, such as the boat tipping and everyone falling overboard.

Moms and stepmoms do not need to be best friends, but one of the worst mistakes they can make is to not act like adults and have a plan in place for the emotional welfare of the children they are, in effect, both raising.

In my stepparenting journey I have never met, spoken to, or communicated in any way shape or form to my stepchildren’s mom, as she did not want to. Their divorce had been a nasty one and I simply thought still waters run deep.

I respected her decision to have nothing to do with me, even though I disagreed with it. My stepchildren are now 26 and 25, and they were 12 and 11 when I came into their lives.

Their dad and I had equal custody, equal holidays and lived a few miles away from their mom and her partner. My door was always open to their mom. It remains open, but sadly you cannot turn back time and those years have well and truly passed.

And so, the worst mistakes a stepmom can make are to grin and bear their struggles and to remain silent and not tell anyone about what they are going through.

Let someone know, stepmom. Ideally, you could talk to your partner, but if not, a friend, professional counselor, or a stepmom coach. Find someone to talk to about your feelings.

P.S. Kristen shares about one of the biggest mistakes she made as a stepmom. Can you relate? 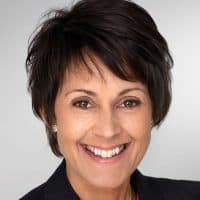 Karalee Katsambanis is an accomplished Australian TV commentator, journalist, columnist and media trainer. She has worked across Australia’s mainstream TV, radio, newspapers, magazines and online for the past 20 years.

She is a mother of 3 children and stepmother of 2 young adults.
Her book “Step Parenting with Purpose – everything you wanted to know but were too afraid to ask” provides invaluable insights and advice to those beginning or already on their stepparenting journey.

Find out more at https://www.karaleekatsambanis.com