Top
You are here: Home / Stepmom / The Invisible Load the Stepmom Carries

My husband told me he sees all that I do. He mentioned that I help my stepdaughter with her homework, I grocery shop, and I do the laundry. He acknowledged the gift buying, the schedule keeping, and the dish washing.

But he missed the stepmom piece entirely. The stepmom sacrifice, if you will.

Every single day, I wake up and choose to love a child that can choose not to love me back.

Even though every effort is made to love, provide for, and protect my stepdaughter, she can still choose to reject that love. She has inherent loyalty to only two parents, neither of whom is me. When something exciting happens, the open arms she runs to aren’t mine. When she is hurt, my cuddles aren’t at the top of her list.

She tops every single one of my lists (alongside her Daddy, of course). But that love and devotion isn’t returned with the same strength.

If my stepdaughter had to rescue her mom or me from a burning building, I wouldn’t be her choice.

And that’s the stepmom sacrifice at its core. It’s choosing someone else even when you know you’re not first choice.

It’s also choosing this life every day with the understanding that something could happen to completely sweep the rug out from under you. The shared parenting relationship is a delicate one, and with no notice, you can be thrown into a court battle or other less-escalated argument.

The stepmom’s life is interrupted often by her partner’s baggage. Before her marriage, she wasn’t bound to an every-other-weekend schedule. She wasn’t placed in the awkward position of communicating regularly with the woman who slept with her husband for years. There weren’t strangers rooting against her or watching her every move for a misstep.

Do you realize that the stepmom is harassed for what she does or doesn’t do?

She needs to be involved or else she’ll be seen as cold and distant – certainly not someone you’d want your children around. But if she’s too involved (a subjective standard), she is seen as overbearing and is told she needs to know her place and stay in her lane.

She is expected to do the motherly responsibilities in the house like cook, clean, and help with homework, but don’t even think of referring to her as a mom.

When other moms are talking and asking for advice or sharing stories, the stepmom isn’t invited into the conversation. And if she invites herself in, she is met with sideways glances and silence because she’s not a “real” mom.

It’s assumed the stepmother will treat all of her children (step or otherwise) equally, or else risk backlash for being partial or unfair to the stepchild. 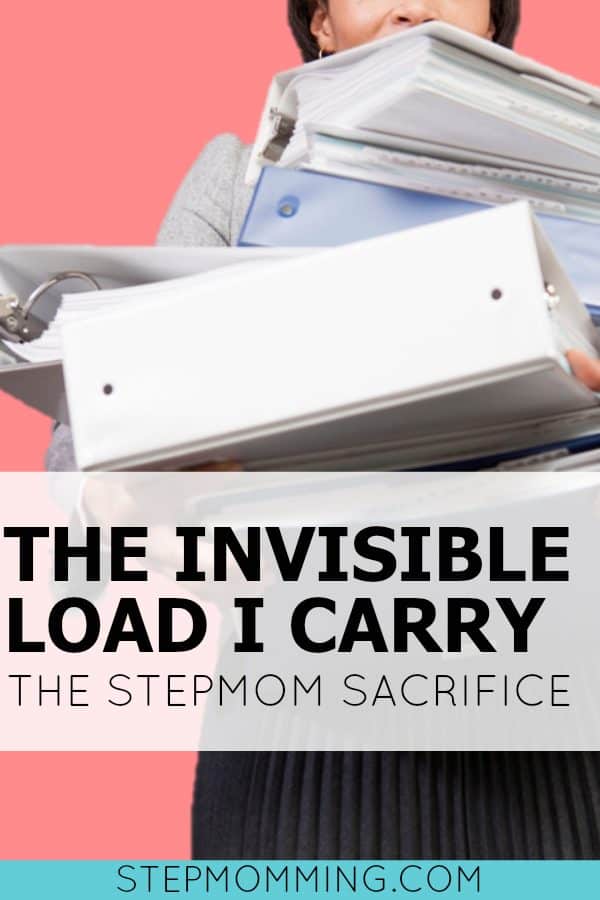 So, until you’ve truly pondered the sacrifice the stepmom has made and the vulnerability she has displayed, don’t assume you know how she feels or what she’s been through.

Don’t tell her she knew what she was signing up for. Don’t compare her contribution to a “real” mom.

Be kind and thoughtful with your response because the stepmom has endured more than most.

P.S. This just scratched the surface. Here’s a list of many more things the stepmom wishes her husband knew.