Top
You are here: Home / Viral / One Thing You Should REALLY Stop Telling Stepmoms

I have heard it from my parents, my husband, and my friends. Strangers on the internet have told me. It seems to be an understood fact of life at this point.

Any time a stepmom asks for advice, expresses her concerns, or just wants to vent, to someone that’s not in her shoes, she’s met with the same remark. Heaven forbid she should complain about some part of steplife that sucks. The judgment and ridicule accompanying the statement is so poignant you can practically taste it.

One Thing You Should REALLY Stop Telling Stepmoms

“You knew what you were signing up for.”

I don’t think any of us really have any idea what parenting is actually like until we’re in the thick of it all. To assume a stepparent should have a better idea of what she’s getting into than a birth parent is unfair and unfounded.

To the contrary, I had no idea what I was signing up for.

I really thought it would be just like being a mom. It would consist of organization, coordinating schedules, cooking dinners, preparing school lunches, helping with homework, playing games, and reading bedtime stories.

I’m great with kids, so I didn’t think I’d have any problem at all transitioning into this role.

I had no idea the pain that would come from custody battles and conflict with his ex-wife.

Even if you told me how painful it would be to go through a custody battle, I wouldn’t have believed you. I wouldn’t have comprehended the tension, dread, depression… I wouldn’t have understood the feelings of betrayal and territorialism, the blinding fury that inhibits you from seeing another’s perspective.

The word co-parenting wasn’t part of my vocabulary, and I definitely didn’t know we’d be spending time with his ex-wife. I didn’t realize I’d be landlocked within a 50 mile radius with little say over where we’d be able to live, held locally by my stepdaughter’s mom.

It never crossed my mind that tension with his ex-wife over custody, support, and other shared parenting topics would cause tension in our relationship.

I had no idea the jealousy I would feel over his first family.

I didn’t realize the slightest mention of his first family would affect me so powerfully. It never registered that I’d be the “second wife,” always compared to the first wife.

Call me naive, but I didn’t understand my husband would have expectations about dinner time, household chores, and parenting roles. That stab of jealousy when he revealed the knowledge he had of pregnancy and the general process (while I had very little knowledge, none of which was personal), caught me completely off-guard; I never would have expected that pain when I went on my first date with a single dad.

I had no idea his family would be skeptical of me.

With past relationships, I’ve always easily won over my boyfriend’s mom. With my soft voice and kind demeanor, it has typically been an easy sell.

It was different this time though. His family didn’t want me around his daughter; they were skeptical of me and protective of his daughter.

While I understood their reasoning, I was shocked. I had no idea I’d have to immediately prove myself as a mother; I was a single lady immediately thrown into mature mom life.

I had no idea society would be so unsupportive.

If I had a buck for every time I’ve been told I’m not a real mom, I’d be a rich lady. Some people really think the prefix “step” means they can step all over you.

I don’t get openly mocked as “evil” the way the fairy tales suggest, but I do witness society’s negative perception of a stepmom regularly.

When I married a single father, I had no idea that teachers, coaches, and my daughter’s friends’ parents wouldn’t treat me as an equally valuable parent.

I had no idea.

So next time your “words of encouragement” to your stepmom friend come out as, “You knew what you were signing up for,” you should really stop and think about what you’re saying.

I guarantee you that in fact, your friend had no idea what she was signing up for. Be a little more compassionate, will ya?

P.S. I know this isn’t the only annoying thing you’ve heard… so here’s another thing you should REALLY stop telling stepmoms. 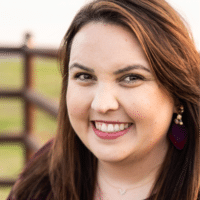