Top
You are here: Home / Marriage / Second Wife / Everything I Needed to Know about Dating a Man with Kids 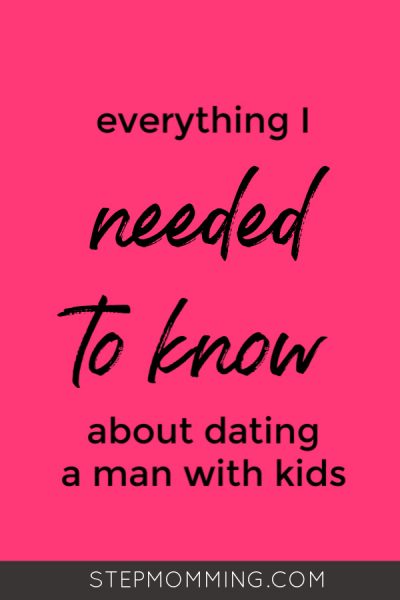 Be honest… dating a man with kids seems intriguing at first. Even when your friends tell you that you’re crazy, you just keep holding on.

The responsibility. The dad-bod. Not to mention, the kids!

What may seem like a hopeful fairytale life ahead can quickly be cut short when you realize all of the baggage that comes with him.

To be clear: Your partner’s children are not baggage. The “extras” that come along with them certainly are.

What I mean is this: When you first start dating a man with kids, you have no way of knowing how amazingly complicated it will be. For every pro, there is [at least] one con.

Everything I Needed to Know about Dating a Man with Kids

When I first started dating my now-husband, I had people in my life on all points of the supportive Likert scale. I had relatives who immediately welcomed him with open arms, and others who outright opposed the relationship.

A quote from a relative that stays with me is this: “Ashley… you don’t want to raise someone else’s kids.”

…that quote came from someone who raised me, which may be why it stung so badly. You can read about my non-traditional upbringing here.

Four years into my relationship with my now-husband, I can confirm that some of my friends’ and family members’ warnings were valid, and some were not.

Today, I’m here to tell you everything I needed to know about dating a man with kids. I hope it helps!

Sometimes you will feel like you’re not his priority.

That’s because sometimes, you aren’t. You are a priority in his life, but you’re not always his #1 priority. It’s easy to confuse those two things.

It’s common to be dating a man with kids and feeling left out. There isn’t a typical honeymoon stage. Sometimes your date nights include watching Mickey Mouse Clubhouse while cleaning up toys (over and over again).

Sometimes, he isn’t going to be able to do whatever you want to do. You have to be okay with that. You’re not a doormat, but his kids should be his #1 priority. Think about it: you wouldn’t want to be dating him if he was a bad dad, right?!

Meeting your boyfriend’s children is a big deal.

Don’t brush over the fact that meeting your boyfriend’s children for the first time is important. Take your time meeting the kids. Perhaps get introduced as “Dad’s friend.”

Let your boyfriend take the lead on this. Don’t pressure him into making the introductions. When it finally happens, don’t put too much pressure on yourself, and don’t set your expectations too high for the meeting.

Depending on the age of the kids, how long it’s been since their parents separated, and countless other factors, the meeting could go well, or it could be a nightmare. Brace yourself for either scenario.

Meeting your boyfriend’s family is a big deal.

It’s common sense to stress out about meeting your boyfriend’s children for the first time… but what about his family?

When he and the mother of his child separated, his family suffered a loss. No matter “how badly she treated him,” or “how nasty the separation was,” his family lost a member of their family.

Be sensitive to their loss, and don’t expect them to welcome you with open arms. If they do, great! But if they don’t, try not to take it personally. Give them time and space. They will come around!

You may feel like family before everyone else considers you family.

This is a big one when you’re dating a man with kids. You may feel like a stepmom long before everyone else considers you to be a stepmom. You may consider his parents to be your in-laws before you’re even engaged.

When you’re helping your boyfriend raise his kids, the process of becoming a family happens at an accelerated rate. Even when you feel like a stepmom, or like a permanent part of the family, don’t forget that others may not see you that way yet.

Not to worry, there is no shame in being the girlfriend! While you’re neck-deep in the shared parenting trenches, don’t forget to—you know—date! Be intentional in scheduling your date nights and alone time. Your relationship needs to be prioritized!

This is hands down the biggest lesson I wish I would have learned much, much earlier in my stepmomming journey.

It’s normal for you as the girlfriend, to want to help your boyfriend document conversations with his ex, prepare for a custody modification, etc. But newsflash—your boyfriend is more capable than you’re giving him credit for.

He is his child’s parent. He had a child with her. They need to work things out among themselves.

The next time you catch yourself drafting a text message from his phone on his behalf to his ex, HAULT! I mean it! Let your man handle his business! This will save your mental health and your relationship!

His finances may be a mess.

Just as you bond quickly as a family because of the intimate topics you encounter daily, you also may have to talk about money quicker than you want to.

He may be paying child support and alimony to his ex. He may still be in debt from the lawyer he hired 3 years ago, who only managed to “win” him 120 nights a year with his children. Despite having a good job, he may be really broke.

You may not be able to take the romantic Caribbean trip you want to take, or throw the big 30th Birthday Bash you desire. You can choose to combine finances or keep them separate, but either way, you have to be patient with him when it comes to money.

Your stepmomming journey will look different than everyone else’s.

You may have a friend who’s a stepmom. When she met her boyfriend’s kids, it may have been all sunshine and rainbows. His family may have welcomed her with open arms. You may be expecting a similar welcome party…

Similarly, the internet is both your best friend and your worst enemy. There are great online stepmom support groups, but be wary that even when two stories seem to align on paper, every family is different.

In some relationships, for better or for worse, you may find yourself overlooking minor red flags, or making excuses for unacceptable behavior. You cannot do this when you’re dating a man with kids.

There are so many “extra” components you will need to navigate while dating, especially if you progress into marrying a man with kids. I do not think I could have handled all of my husband’s shared parenting ups and downs over the years if he wasn’t perfect for me otherwise.

If he doesn’t treat you like the queen you are, then leave.

If you’re dating a man with kids, you have to be strong. Be confident in your abilities and in your self-worth.

Blending into your boyfriend’s family will be unlike anything you’ve ever experienced before. It takes time, and has its ups and downs, but is so rewarding.

If your boyfriend is “the one” for you, then stick with him. Don’t let shared parenting matters impact your relationship. Be flexible and patient. 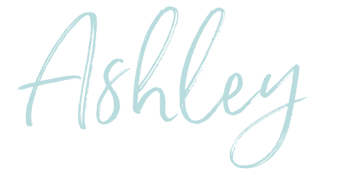 P.S. If you’re reading this too late in the game, you’re not alone. Here are Kalie’s 5 biggest mistakes she learned in her early stepmom days.

Ashley is a police wife, a stepmom to two beautiful stepdaughters, and a "dog mom" to her German Shepherd, Dirk. She is a Certified Life Coach with her MEd in Educational Leadership, and is in pursuit of her PhD in Higher Education Administration. Ashley works in academic affairs at a large university in Virginia.